Even the best behaved child can have a meltdown or be cranky, especially when tired, hungry, stressed or upset. It’s normal for kids to argue, talk back, disobey, and defy parents, teachers, and other adults from time to time. But, how does a parent know if the problem is something to be concerned about or one that requires more in-depth attention?

That’s why I want to share an article I just read from the March/April 2014 edition of Scientific American. It explains how parent training works to help children with serious behavioral problems, like ODD (Oppositional Defiant Disorder), as well as helping everyone facing the task of raising kids. Parents are encouraged  to readily praise good behavior, but ignore annoying or disruptive actions—which is easier said than done if you’re a parent—especially if your child  has ODD.

Every parent should know more about what ODD is…and what to do about it.

When “cranky” turns to ODD

If your child has ODD, your household is probably upside down most of the time. Parents dread the constant temper tantrums and defiant, disrespectful behavior from their child or adolescent, or are constantly apologizing for public disruptions or classroom outbursts. It’s a more serious issue when this type of pattern of angry and verbally aggressive behaviors is frequent and consistent, affecting the child’s family, social, and academic life day-in and day-out.

According to the American Academy of Child and Adolescent Psychiatry, symptoms of ODD to watch for may include:

It’s not unusual for children—especially those in their “terrible twos” and early teens—to defy authority every now and then. However, when these defiant behaviors last for at least six months and are excessive, that may mean ODD.

It must be my fault…

Not necessarily, so don’t blame yourself.

Most experts agree that there is no clear-cut cause of ODD. They believe that a combination of biological, psychological, and social risk factors play a role in the development of the disorder.

When to seek help

If your child is showing signs of ODD, it’s very important to seek attention from a trained professional immediately. If you wait or don’t seek treatment, your children may experience rejection by classmates and other peers because of their poor social skills and aggressive and annoying behavior. In addition, children with ODD have a greater chance of developing a more serious behavioral disorder called conduct disorder (CD) or even an increased risk for substance abuse and delinquency. When started early, treatment is usually quite effective.

Unfortunately, there is no one-size-fits-all treatment. You can help your child with ODD learn techniques to manage their anger and develop new ways of coping with stressful situations. Treatment also can help parents learn better ways to discipline and techniques to reward good behavior.

Treatment decisions are typically based on a number of different things, including the child’s age, the severity of the behaviors, and whether the child has a coexisting mental health condition.

Behavior Management Coaching delivers the exact tools and skills you need to deal with a defiant child or one showing signs of ODD. Instead of making vague, wishy-washy promises to “build self-esteem,” our mission is to help desperate, frustrated, stressed out, and exhausted parents make real changes in their child’s behavior. Talk to us today. 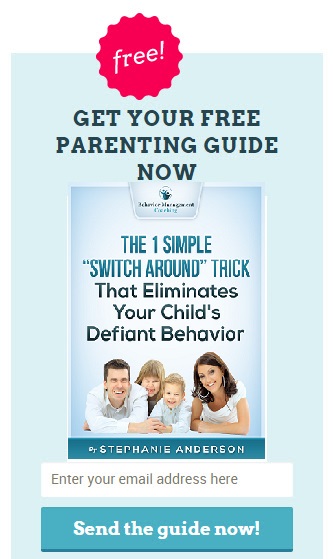